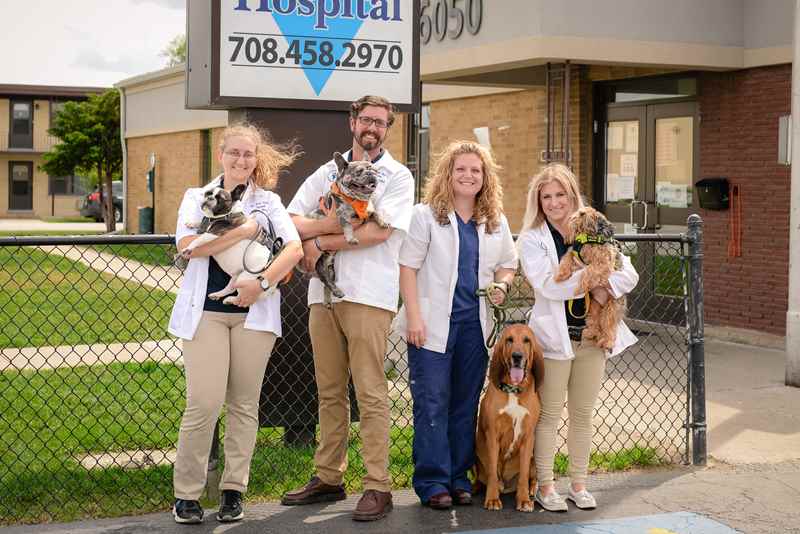 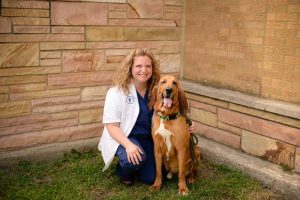 Dr. Tracee Friederich has been a veterinarian at Summit Animal Hospital in Summit, IL since graduation from St. George’s University, in Grenada, West Indies in 2007. She grew up in Palos Park, Illinois, a southwestern suburb of Chicago. She attended and graduated from the University of Notre Dame, in Notre Dame, Indiana with a Bachelor of Science and Minor in Asian Studies in 2001. After finishing her clinical year at the University of Illinois, College of Veterinary Medicine in 2007, she focused mainly on equine medicine, along with small animal medicine and surgery. In 2008, Dr. Tracee Friederich spent five months working one-on-one with an equine veterinarian gaining further experience in the field of equine medicine. Today, Dr. Tracee Friederich not only specializes in various aspects of equine medicine, such as preventative medicine, emergency colics, and field surgeries, she also focuses her career on practicing progressive small animal medicine, including extensive diagnostics and surgery, both soft-tissue and orthopedic, breeding services, and stem cell therapy. She is known city-wide and through the Midwest for her ear-cropping expertise. 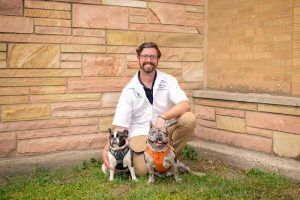 Dr. Nathan Runke grew up in the small town of Willmar, Minnesota. He has practiced veterinary medicine at Summit Animal Hospital since April of 2012. He graduated from South Dakota State University in Brookings, South Dakota in 2007 with a Bachelor of Animal Science. He then attended and graduated from the University of Minnesota, College of Veterinary Medicine with his Doctor of Veterinary Medicine in 2011. Dr. Nathan Runke specializes in progressive diagnostics, such as ultrasonography in veterinary medicine, in both large and small animals. He has focused his career primarily in the area of small animal medicine, but has extensive experience in equine medicine and dairy medicine. His main areas of interest include internal medicine, ultrasonography, and theriogenology. 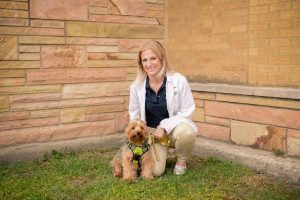 Dr. Emily Thorson grew up in Kimberly, Wisconsin. She attended the University of Wisconsin-Milwaukee, graduating with a Bachelor of Science in 2013. Following her undergraduate studies, Dr. Emily went to St. George’s University-School of Veterinary Medicine, located on the Island of Grenada. Fun fact: As an alum, Dr. Tracee interviewed Dr. Emily when she applied to St. George’s University. After finishing her first three years of veterinary school, Dr. Emily completed her clinical year at Louisiana State University and graduated with her DVM in June of 2018. Dr. Emily first completed an externship at Summit Animal Hospital before joining the team as an associate veterinarian. Her primary focus is small animal internal medicine and soft tissue surgery. Under the guidance of Dr. Tracee, she plans to expand her orthopedic surgical skills. When Dr. Emily is not at work, she enjoys spending time with her 3 dogs: Ralphie, Twix, Pancake and her 3 cats: Bricks, Cali, Steve French. 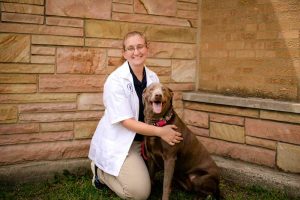 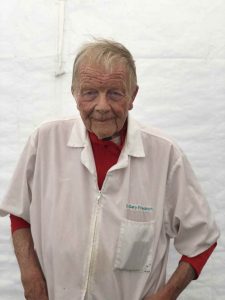 Dr. Gary R. Friederich is originally from the small midwestern town of Pekin, Illinois. As a high school student, he worked part time at an animal hospital. The veterinarian who owned and operated the clinic became his role model. It was there Dr. Gary discovered his love of animals and his passion to work with and care for them. He attended and graduated from Iowa State University College of Veterinary Medicine in 1970. Moving to Watsonville, California, he honed his veterinary skills at Pajaro Valley Veterinary Hospital that catered to large, small, equine, and exotic patients. He fondly recalls that, in one day, he had an obstetric case in every species he studied. It was at this hospital that Dr. Friederich learned the expert show dog technique of ear cropping. Upon returning to the Midwest, he located in the South Suburban Chicago area and built practices in Park Forest, Hickory Hills, and Summit, Illinois. Dr. Gary purchased Summit Animal Hospital from the hospital’s founder Dr. Leon Leonis in 1992 and was pleased to pass the ownership to his daughter, Dr. Tracee Friederich, in 2011. Even though he is semi-retired, his extensive experience makes him an invaluable partner in soft tissue, orthopedic surgery, and especially diagnostics.